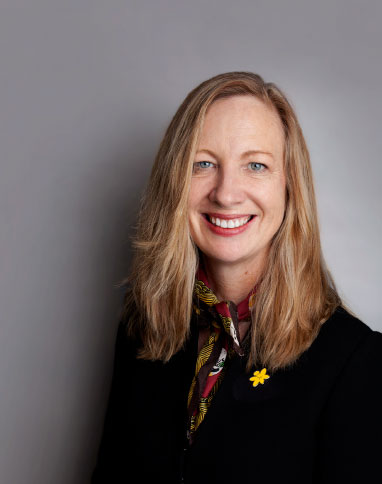 Karen is Director of the Cancer Research Division at Cancer Council NSW and Adjunct Professor at Sydney Medical School, University of Sydney. She holds a D.Phil. (PhD equivalent) in Epidemiology from the University of Oxford. Her work involves the evaluation and translation of new strategies for cancer screening. A focus has been the interplay between HPV vaccination and cervical screening in both high and low resource countries. She leads an NHMRC Centre of Research Excellence in Cervical Cancer Control (C4) which brings together researchers from Cancer Council NSW, the Victorian Cytology Service, The Kirby Institute UNSW and the University of Melbourne, and she has led economic evaluations of new cervical screening approaches for government agencies in Australia, New Zealand and England. She is a co-PI for a current National Cancer Institute (NCI) USA collaborative grant, CISNET-Cervical, which is evaluating options for cervical cancer prevention in the USA. Her groups work underpins the current Renewal (review) of the National Cervical Screening Program in Australia based on this body of work, in December 2017 the National Cervical Screening Program transitioned from 2-yearly cytology screening (Pap smears) to 5-yearly HPV DNA testing. In collaboration with the Victorian Cytology Service, she initiated Compass, Australians largest clinical trial, which is providing a sentinel experience of the new cervical screening program and is the first trial internationally to assess cervical screening in an HPV-vaccinated population. She is also co-chair of the Executive Scientific Committee for the International Papillomavirus Conference (IPVC2018) which will be held at the Sydney International Convention Centre in early October 2018. In 2015, Karen received the National Research Excellence Award for the highest-ranked Career Development Fellowship in Population Health and was nominated as one of 100 Women of Influence in the Westpac/Australian Financial Review national awards.